When I started my part time job, my boss gave me the uniform, a ribbon, a jacket, and the skirt. It was because I’m biologically, and in family register, a woman. As soon as I started working there, I began to feel envy towards the men, who were wearing very comfortable uniform just because they were men.

The other day, I saw the headline of the internet news that says ’Consideration for LGBT students: students can choose either pants or skirt for their school uniform.’.As I feel more comfortable wearing pants, I think it would be great to be able to select pants regardless of gender. However, isn’t it short-circuiting to attribute the reason to LGBT? Are all women who prefer pants lesbian? Transgender? Not necessarily. Easy to move, warm, no need to buy stockings, and so on, there are many other reasons that cisgender straight females may wish to wear pants.

At my work place, women part time workers became able to choose individually whether to wear pants as part of their uniform. That makes it easy for us to move, and our work efficiency is improved. Thanks to my boss who introduced the pants uniform for women without saying ‘you should tolerate SOME inconvenience.’, now I’m working very comfortably.I can’t say for sure because I don’t know their sexuality, but I think many of my co-workers select pants because of its comfortableness. If there are some LGBT people, they are working with comfortable uniform without coming out.

However, what if it was announced as a consideration for LGBT workers? If you were LGBT, would you be grateful for wearing pants introduced for that reason? The answer may be NO. To select pants means to say “I’m LGBT” in such a situation. It can be a disadvantage for not only LGBT but for others. They see choosing pants as a special option for LGBT, and they might not benefit from the comfort.

However, although it’s a good thing that consciousness has turned to those who weren’t focused on before, recognition that skirts/pants can be selected as equal consideration for LGBT has nothing good for both LGBT and others.

At every workplaces or schools, women can wear not only skirts but pants as uniform. And vice versa. That should be the norm as a choice for everyone for their own comfort.

This gender and uniform issues are not only about women who want to wear pants. With that in mind, I would say this out loud. Why don’t we create our future as the society where everyone can wear whatever they want regardless of gender and without being bound by the stereotype that “skirts are for women and pants are for men”. From such a point, may gender equality be achieved? 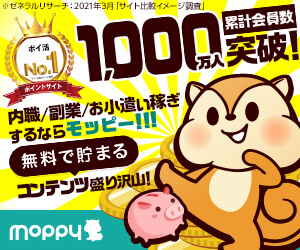